Your donation bag is empty

Contact Us
or
Register now
Register
or
Back to login
Close

Great to have you back!

Don’t have an account?Register now
Register
Back to login 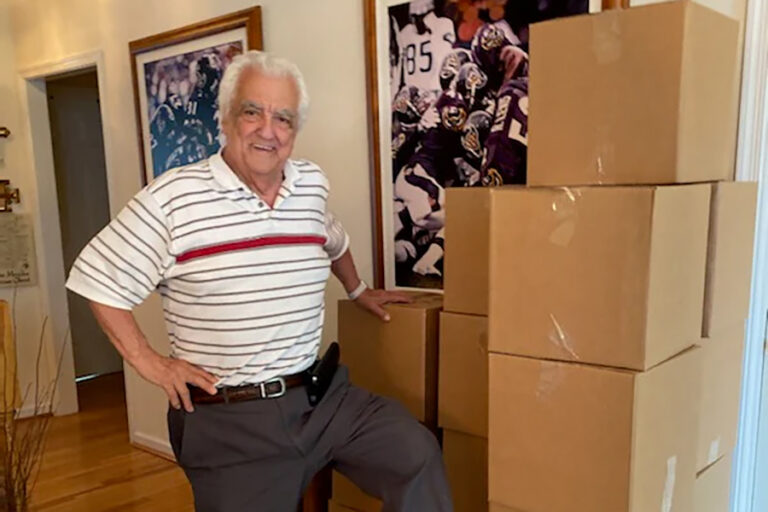 A ministry that has touched thousands and spread Marian devotion around the country began humbly when Andrew Maggio reached out to offer love and prayers to his brother-in-law, Herb, who lay dying in a VA hospital in Baltimore.

Unable to visit in person because he now lives in Delaware, Maggio phoned the chaplain at the VA hospital, Father Austin Ochu, with a message.

“I asked him to please tell him I love him and am praying for him,” recalled Maggio, a former parishioner of Immaculate Heart of Mary in Baynesville who now worships at St. Ann in Bethany Beach.“I also asked him to give him a rosary and a scapular.”

Within three short years, with the help of his fiancé, Lillian Miller, Maggio has distributed 85,000 scapular kits. They started with 150 VA hospitals around the country. And because he knew and believed in the power of both the scapular and the rosary, Maggio wasn’t willing to stop there.

“It’s the times we live in,” Maggio said. “It’s what they are hearing in the world. Our children need to hear the right message. Our Lady said, ‘One day my rosary and my scapular will save the world.’ She promised that ‘Whomever dies while wearing my scapular shall escape eternal fire.’”

He expanded his efforts to include schools both in the Diocese of Wilmington and the Archdiocese of Baltimore, including Notre Dame Preparatory School, Calvert Hall College High School and Loyola Blakefield, all in Towson. He also added an information sheet to his kits that explained some of the miracles associated with the scapular.

Maggio, a retired businessman, initially began the project at his own expense, but as word spread about his mission, he received some donations of rosaries and financial assistance, enabling him to expand his efforts. His home, however, is still the base for the operation.

He has also included programs such as Boys Town, Covenant House, and Mercy Home for Boys and Girls, and additional kits have been sent to Ghana, Africa and India.

Parishioners at his current parish support his efforts by assembling the kits containing the scapular, a rosary, information on both and a Divine Mercy holy card. In addition, he has received donations of printing services and rosaries, as well as cash donations from the local Knights of Columbus and American Legion in Delaware.

“Doors have opened like you can’t believe,” he said, “and it’s not stopping.”

One of his helpers had a recent encounter with a hospice worker and it has opened another door.

“Hospice could really use the scapulars,” said the 85-year-old lifelong Catholic. “It looks like I’m going down another avenue. It’s so comforting to bring back to the world the things that we need.”

Maggio’s effort has expanded to the point that he now has received nonprofit 501(c)3 status. He is the president and founder of Rosaries & Scapulars Initiative Inc.

There are items
in your cart

With this product also buy: